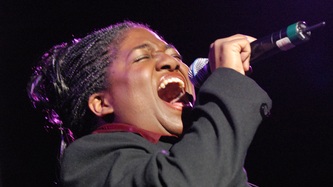 Renese King is a talented instrumentalist and arranger whose soulful and moving voice has been called “resplendent” by The Boston Globe and garnered her a Boston Music Award for Gospel Artist of the Year. King has toured with the Boston Pops, the Tanglewood Festival Chorus, and many other orchestras, and was a featured artist on the soundtrack to the Emmy award-winning film Freedom Riders, which was produced for National Public Television’s American Experience. Single tickets: $15. Visit allnewton.org/events for more info and tickets.