About the Nathaniel Topliff Allen House The Nathaniel Topliff Allen Homestead is a historic house at 35 Webster Street in the village of West Newton, in Newton, Massachusetts. Built in c. 1848-1852, the house is notable as the home of Nathaniel Topliff Allen, a prominent 19th-century educator, abolitionist, and philanthropist who devoted himself to social and educational reform. Allen purchased the homestead consisting of the Greek revival house, dormitory, and barn in 1854, and funded the West Newton English and Classical School that same year. 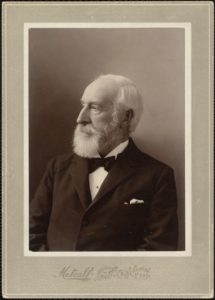 The school was progressive in every way, providing equal educational opportunities for girls as well as boys in racially mixed classes even before the Civil War. Established here was one of the earliest kindergartens in the country, and the first school to include physical education as part of the curriculum. Despite threats of arson made to their home, Allen and his family remained ardent supports of the abolitionist movement. Writings by both Allen's wife, Caroline, and daughter, Lucy, confirm that this was a stop on the Underground Railroad. In a letter from Frederick Douglass in 1882, Douglass writes, "I shall never forget the kindness shown me by the dear Allen family….I am glad to know that the school of which I have often heard is under your charge."

By the end of its tenure, the school had more than 4,000 alumni, representing every state in the USA, as well as Central and South America, The Azores, West Indies, England, France, Italy, Spain, Germany, Sweden, and Japan. Additionally, Allen's pioneering work in education was influential in the development of new teaching methods taught at the State Normal School (established in Newton, now Framingham State University). After his death in 1903, Allen's daughters continued to live and teach in the home and established The Misses Allen School in 1915, which ran successfully until its principal, Lucy Ellis Allen, passed away in 1943. Ruby Keefer, a dear friend of Lucy and a teacher at The Misses Allen School, inherited the property and later bequeathed the Allen's estate to the
Unitarian 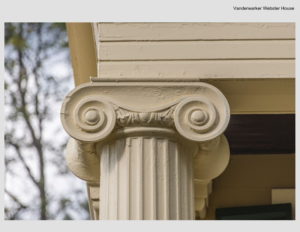 Acquired by the Newton Preservation Society, the Nathaniel Topliff Allen Homestead was listed on the National Register of Historic Places in 1978. Efforts were made by the Allen School and House Preservation Corporation to preserve "the history of an illustrious American family of educators by developing an archive or museum...to house their papers, records, and memorabilia; and, also to ultimately help preserve for future generations the character and general environmental health of the village of West Newton."

The Newton Cultural Alliance purchased the historic homestead in November 2012. With its idyllic location in West Newton Square, NCA is working to create a dynamic cultural center that honors the spirit of Nathaniel Allen and his family as progressive thinkers, innovators, educators, and collaborators-a place where our entire community can gather to create experience, learn, explore, and celebrate.

Connect with the
Newton Cultural Alliance