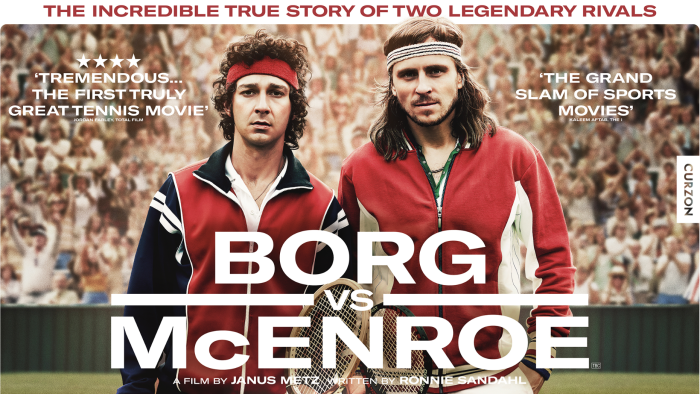 It’s the summer of 1980, and Björn Borg is the top tennis player in the world, dominating the sport both on and off the court. A powerful and rigorously disciplined player, there is only one obstacle in his pursuit of a record-breaking fifth Wimbledon championship: the highly talented but ferociously abrasive young American John McEnroe. With three days until the tournament begins, Borg trains religiously in his lavish Monaco home, aided by his coach and mentor Lennart and girlfriend Mariana. 100 minutes. In English, Spanish, Swedish, French, German with English subtitles. Films start at 1:30pm. Refreshments for attendees are served at 1:00 p.m. Lunch (not included) is available in the Kaffestugan, which is open until 3pm every Saturday. Cost: Free; $5 suggested donation. More info at scandicenter.org.