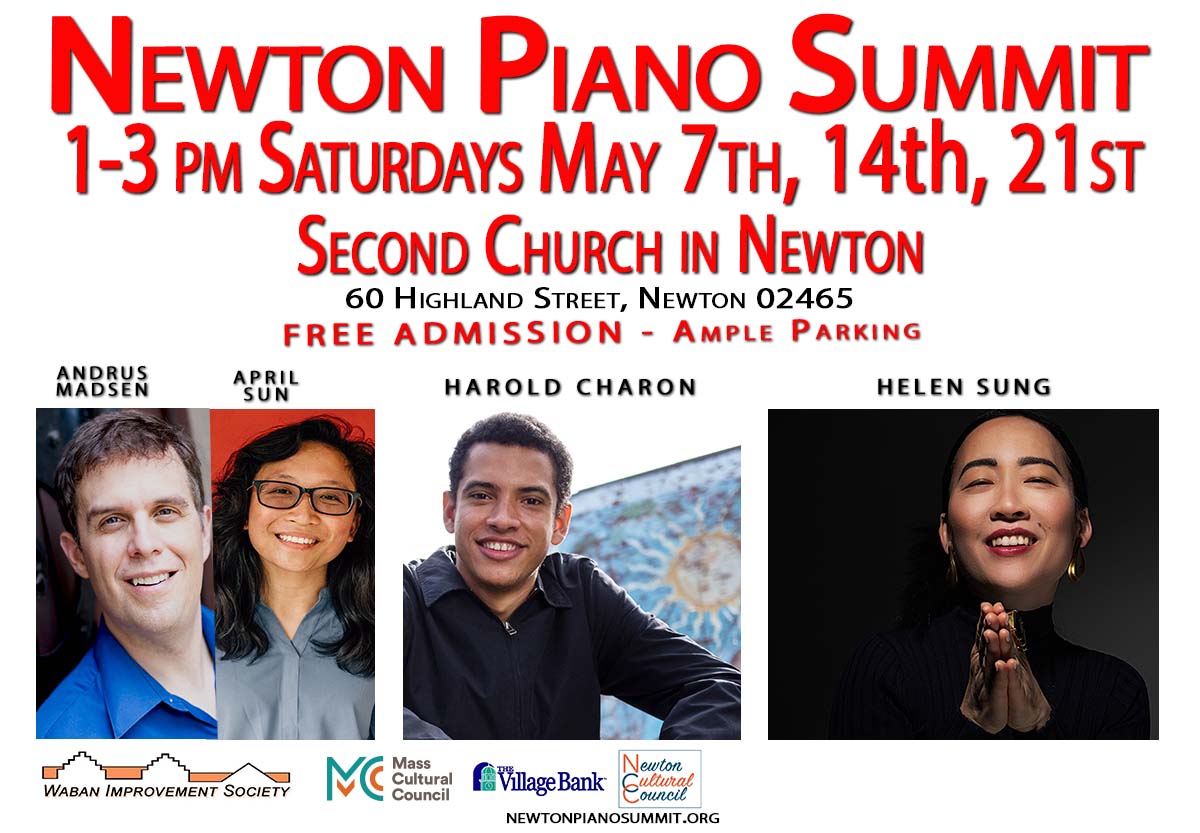 The Newton Piano Summit 2022 season will feature Classical, Latin, and Jazz. A vaccination card is required to attend.

“The Goldberg Variations are among the most meaningful works J. S. Bach wrote for keyboard.” Josef Rheinberger, 1883

Newton’s own Andrus Madsen is well-known internationally in early music circles and performs on the organ, harpsichord clavichord and fortepiano. He is the founding director of Newton Baroque. Originally from Provo, Utah, Andrus received a Bachelor’s degree in organ performance from Brigham Young University and went on to the Eastman School of Music, where he completed a Master’s degree in Musicology, and a Masters and Doctorate in harpsichord performance. Madsen is known for his eloquent Baroque style improvisations. His recording of keyboard music by Pachelbel has received critical acclaim. “Superb recordings of superb instruments by a musician who deserves to be better known.” (Michael Barone of pipedreams).

​Boston-based pianist ​​​​April Sun co-founded the Meadowlark Piano Trio, frequently collaborates with the Phoenix and the Cape Cod Chamber Orchestras, and has performed at Calderwood Hall (Boston), Bing Concert Hall (Stanford), Spectrum (NYC), Pepsico Hall (Fort Worth), and the American Exchange Center at Jiaotong University (China). She holds a Doctorate of Musical Arts and teaches at the Brookline Music School. She serves as a collaborative pianist at New England Conservatory and Boston University.