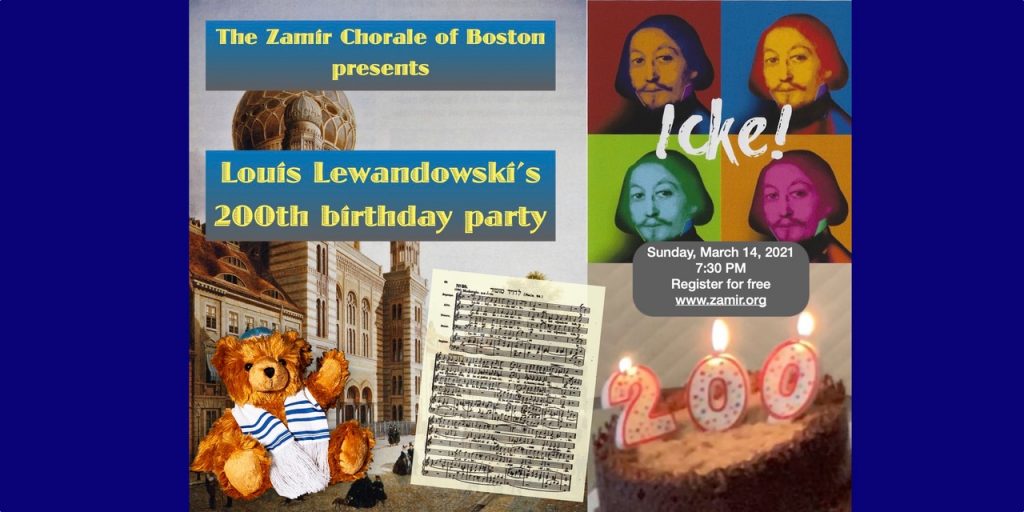 On March 14, Zamir will celebrate the music of the great German composer, Louis Lewandowski, born on this date (the first day of the Jewish month of Nisan) in 1821. Lewandowski is arguably the greatest synagogue composer of the 19th century. His great choral works live on today not only in synagogues, but also on concert stages around the world. And his popular liturgical melodies are still sung today, even though few realize that he wrote them.

Our program includes video performances of some of Lewandowski’s most beloved choral classics. We also have interviews with cantors and conductors in the United States and Lewandowski’s Berlin. You will hear the “voice of Lewandowski” speaking about his music. And there will be toasts, too, so bring your stein of beer and watch this awesome tribute to a great man. Not to be missed!

This program is free but registration is required and a donation is strongly encouraged! Learn more at Zamir’s website.