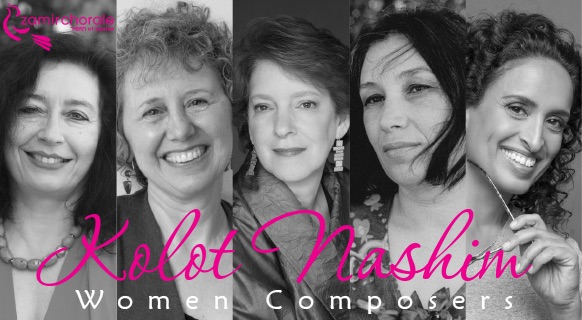 For many centuries, the world of professional music making had been an exclusively male bastion in Western civilization. Female composers and public performers were a rarity in Europe and America and it was nearly impossible for them to have their works published or heard on concert stages. Kol ishah – the voice of a woman – was suppressed. Now we are presenting kolot nashim – the voices of many women, restoring them to their deserved position.

“Kolot Nashim,” a year-long program celebrating the many roles of women in Jewish music, is dedicated to the memory of Linda Plaut, the City of Newton’s longtime Director of Cultural Affairs and founder of the Newton Festival of the Arts. The November program, hosted by Josh Jacobson and Lidiya Yankovskaya, commemorated the 100th anniversary of the 19th Amendment, which gave women the right to vote and paid tribute to late Supreme Court Justice Ruth Bader Ginsburg.