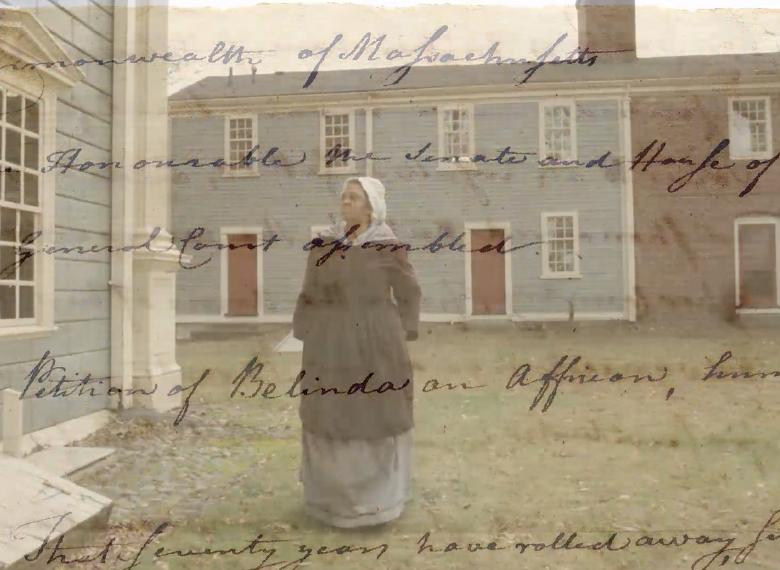 Join filmmaker and Tufts Professor of the Practice Jennifer Burton for a screening and discussion about her latest project Half the History, a short film series about under-explored stories of women in American history. This evening’s films will explore groundbreaking figures including Belinda Sutton, considered the first person to receive reparations for enslaved labor, and political leader Shirley Chisholm.

Jennifer Burton is a filmmaker and helms the independent film company Five Sisters Productions. Her films include Origin of the Species (a feature documentary about androids and ethics, directed by Abigail Child); Kings, Queens, & In-Betweens (a feature documentary on gender, identity, and drag), The Happiest Day of His Life (MTV/Logo) and Manna From Heaven(MGM/SONY). Corporate projects include the “Your Ford Story” campaign of mini-documentary commercials for Ford Motor Company. Working with Tufts student filmmakers, she has produced the Half the History project, a series of short films on women in American history, and Old Guy, a comedic take on ageism in the media. Her publications include Call and Response: Key Debates in African American Studies (W. W. Norton), co-edited with Henry Louis Gates, Jr., and The Prize Plays and Other One-Acts: Zora Neale Hurston, Eulalie Spence, Marita Bonner, and Others (Macmillan/G.K. Hall). Burton earned her Ph.D. from Harvard University in English and American Literature, writing her dissertation on hope in American literature and film.