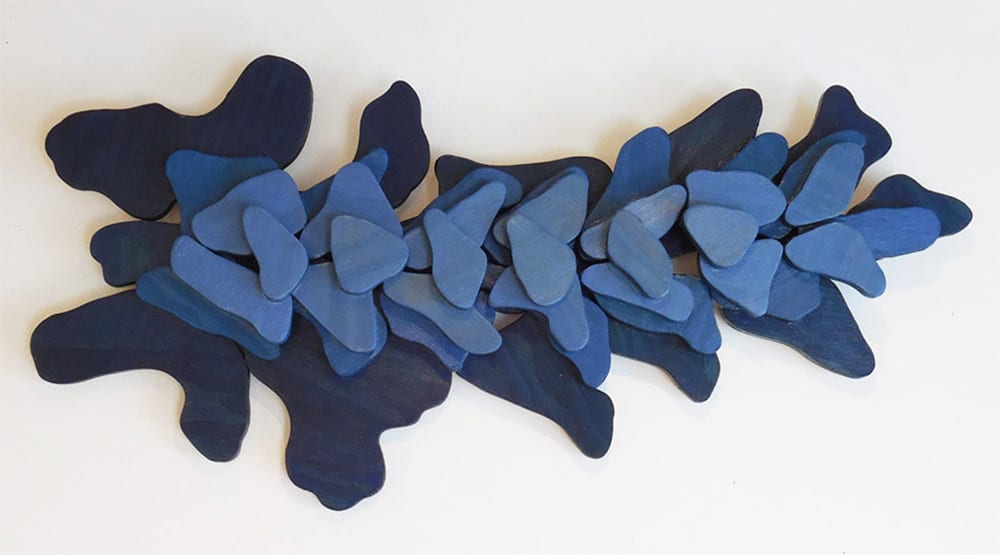 Marjorie Kaye has lived in the Boston area for most of her life, with stops along the way in Syracuse, NY to earn her BFA in Painting, as well as New York City in the 80s.

She is a painter and sculptor. Her work has been an exploration of opposites: form and color; organic and geometric; precision and chaos. Colorful and bold, her gouache paintings and sculptures are kinetic and energetic. Her work has been reviewed in many publications including the Boston Globe and ArtScope Magazine and has been shown extensively both locally and nationally, including galleries such as Galatea Fine Art in Boston, Atlantic Works Gallery in East Boston, Harbor Gallery, UMass Boston, and the Walter Wickiser Gallery in NYC. She was a 2016 winner of the Lillian Orlowsky/William Freed Foundation Grant from the Provincetown Art Association and Museum and was included in a group exhibition in their galleries. Also, Ms. Kaye was named a finalist in the Massachusetts Cultural Council Fellowship Awards in Painting.

Kaye is the founder of Galatea Fine Art in Boston, MA, a large artist-run gallery featuring over 39 artists from Boston and beyond. She was the director of that space from 2009 – 2017, as well as the owner. The gallery has transitioned into a non-profit and Ms. Kaye is remaining as Director. Some past projects also include the web-based Caladan Gallery, which ran for 10 years and exhibited hundreds of artists from all over the world, and the Lawrence, MA Gallery 181, which enhanced the community with the exhibition of local, national, and international artists.

The Zoom link is found here.