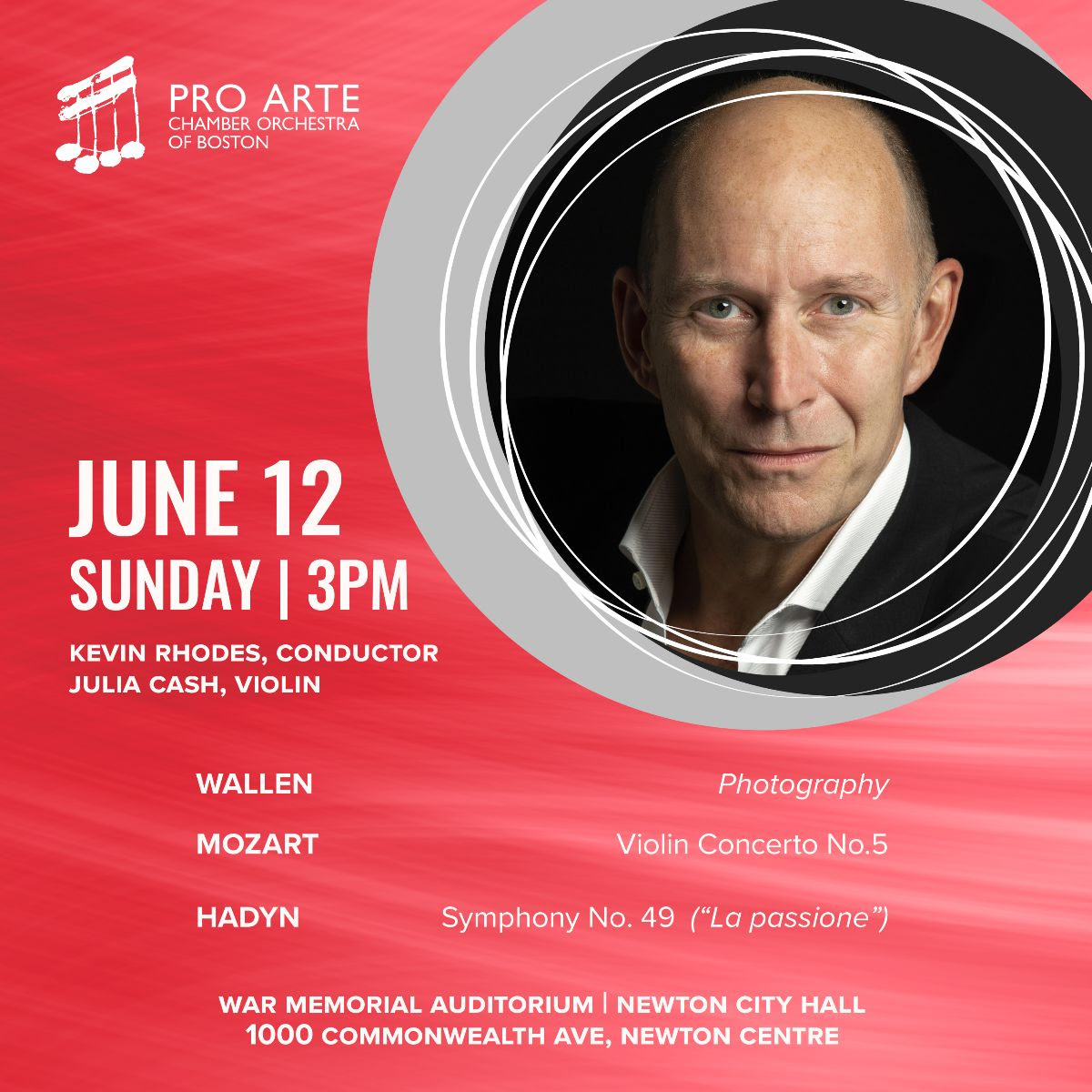 In June, Pro Arte celebrates its newly appointed Concertmaster, violinist Julia Cash, for a concert of contemporary and Classical works.

Belizean-British composer Errollyn Wallen wrote Photography in 2005 as a series of snapshots inspired by musical memories. Its first movement, based on what she calls “a simple motif,” opens the program with irrepressible vibrancy.

Wolfgang Amadeus Mozart’s enchanting Fifth Violin Concerto offers a number of delightful surprises. In the otherwise spirited opening movement, the soloist makes an unconventional entrance with a slow, songlike interlude. Another interruption occurs in the finale, in which a Turkish-style march is interjected into a fluid minuet.

It is unclear whether the nickname of Joseph Haydn’s Symphony No. 49, “La passione”, refers to the character of its music, but it still perfectly describes this somber work. The symphony burns with intensity from beginning to end and brings the concert to an impassioned close.